* In case of any delay in receiving the OTP, you may verify it later. Please proceed without verification.

Enter your City name or Pincode

The city of Bhabua located in the Kaimur district of Bihar is one of the most beautiful and vibrant cities in the state. Home to a number of religious and tourist sites, this city is also considered to be a major educational centre. This place is known for its rich historic traditions and unique culture and attracts tourists in large numbers. Its location, well developed transport network, systematic road network, convenient means of transport have contributed in making this city one of the most important ones in Bihar. 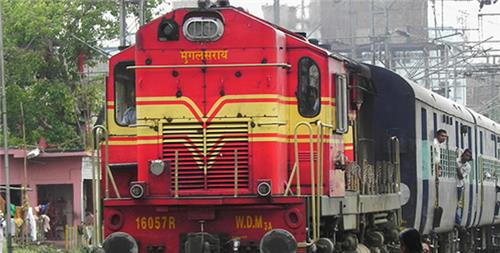 Bhabua Road Railway Station located on the Grand Chord line, on the outskirts of Mohania is at a distance of about 14 kilometres from the Bhabua city. Equipped with four platforms, it is ensured that there is a smooth and systematic flow of traffic in this station. Mumbai Mail, Doon Exp, Chambal Exp, Purushottam Express, Mahabodhi Exp, Poorva Exp, Kalka Mail, Ranchi Varanasi Exp, Jharkhand Exepress, Sasaram-Anand Vihar Terminus AC Express, Shipra Exp, Sealdah Exp, BudhPurnima Exp, Asansol-Ahmedabad Exp, Dikshabhumi Exp, Jodhpur Exp, Garib Nawaj Exp are some of the main trains, connecting the city of Bhabua with other major cities.

The city of Bhabua does not have its own airport, hence the one at Varanasi is the airport nearest to it. The Lal Bahadur Shastri Airport in Uttar Pradesh is at a distance of about 119 kilometres from Bhabua city and it takes approximately around 1 hour and 45 minutes to reach there via road. This international airport has several flights to Indian cities like Agra, Delhi, Mumbai, Kolkata, Lucknow, Bangalore etc and also to cities like Kathmandu, Colombo, Bangkok etc run by numerous leading airlines, making it one of the busiest airports in the state.

Bhabua city has a well maintained network of roads that ensures its connectivity with other Indian cities. National Highway, state highways, district roads and village roads connect this city to its adjoining areas. NH 2 and NH 30 are important national highways, connecting Bhabua to important places including the state capital, Patna. Varanasi, about 84 kilometres and Patna, about 195 kilometres are important cities near Bhabua, which can be easily reached by road. Tourists, who wish to visit the popular tourist sites within and near the city, often prefer to avail the bus, rented taxis and van services, provided by various local travel agencies. State Transport run buses also ply within Bhabua as well as to tourist sites near the city.

Modes of Local Transport in Bhabua

Comments / Discussion Board - Transportation in Bhabua